What Is a Yucca Plant?

The yucca plant is officially a member of the yucca genus. Some other plants, such as the red B. yucca, Hesperaloe parviflora, belong to other taxa. They belong to the Asparagaceae family, along with asparagus and some other lesser-known plants. The Yucca palm plant is native to Central America and the Southwestern United States, north of the Rocky Mountain region of the Dakotas and southern Canada. They will grow up in many other parts of the world and can adapt almost anywhere in the continental United States. 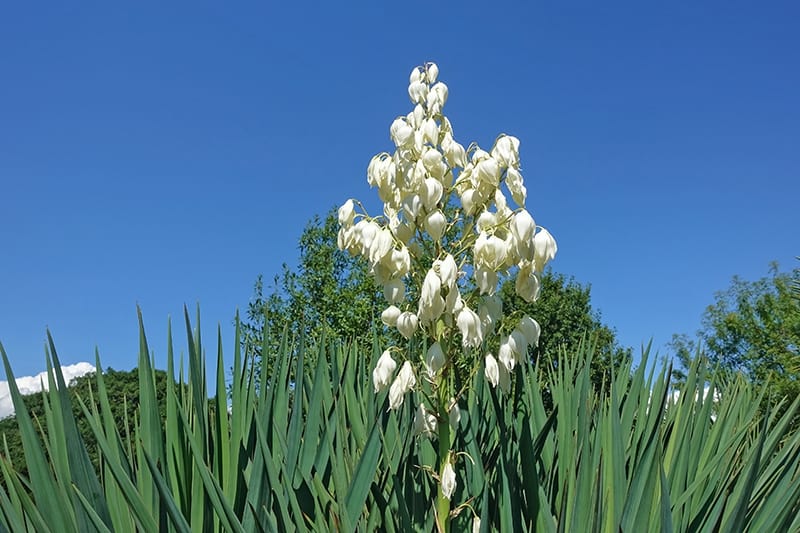 The typical yucca plant consists of a rosette of hard green leaves. The edges and tips of the leaves are very sharp and can easily cut through human flesh, so wearing protection is especially important if you are dealing with yucca plants. The leaves are about 3/4 feet long. They can have slightly curly hair around the edges, making the plant look worn. In some species such as Yucca elephantipes, the rosette of leaves is on a tall stem-like structure from which the previous leaf has fallen. The whole plant can grow up to 8 meters.

This larger yucca is commonly referred to as the "Joshua tree". Each season, a mature yucca plant will develop tall inflorescences with many white flowers on top. These flowers give off a soapy scent that gives the yucca another common name – the soap plant. The roots form a fat tuber resembling a very large potato. They can be dug up and eaten (although this will obviously kill the plant) if cooked like potatoes.

During the colder months, the yucca goes through a dormant phase in which the leaves and flower stalks die. During this phase, the plant stores nutrients in its starchy tubers. It can tolerate very low temperatures during this stage (some species survive temperatures as low as -30 F). Leaves will return during the next growing season when temperatures warm up again.